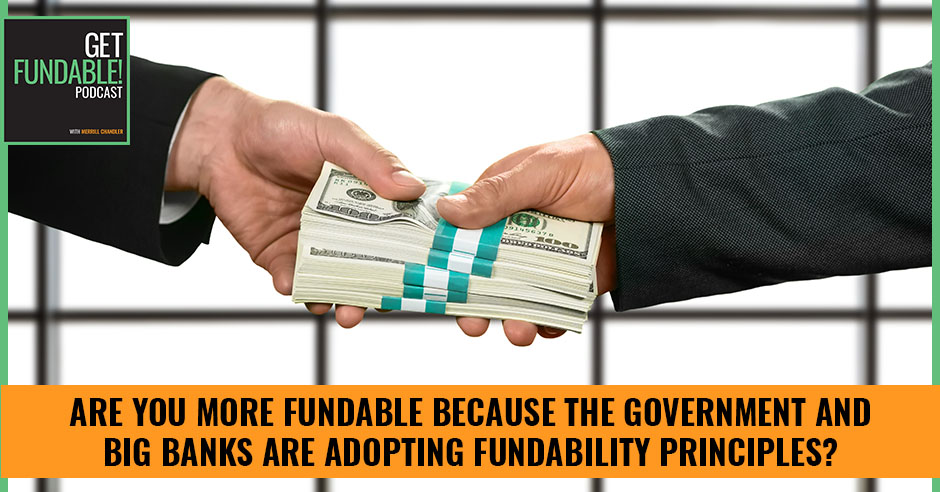 The government is finally adopting fundability principles! President Biden is looking to update the economic investment act and touch the rules of fundability. This will encourage lenders to put more money by lending to credit invisibles. Join your host Merrill Chandler and learn why this is good for the economy. By doing this, more people will be able to borrow money from lenders. This will give more people dreams and aspirations, and that is all people need to drive the economy. Tune in and learn more!

In this episode, no joke. A few episodes ago, we talked about President Biden’s desire to establish a credit registry to address the credit invisibles. Those 50 million potential borrowers don’t have access to low-cost capital markets. It’s from a Facebook Live that I published about the regulators, the Office of Comptroller of the Currency and its whole host of regulators are now looking to update the Economic Investment Act that hasn’t been updated since the ’70s where it’s encouraging lenders to put more money by donating, facilitating low-income, and moderate-income borrowers.

This rewrites the entire motivation of lenders that lenders will have in dropping cash to make it available to these credit invisibles. It’s a soapbox because this market is 50 million, nearly 20% of borrowers don’t have access to low-cost money, and this is one more step. Whether this law or regulations pass, whether or not they are going to modify them or update them has yet to be determined. Right now, this is the evolution of banking in this country and you need to know so that you can be a part of this amazing revolution that’s occurring to give access to low-cost money to literally another 50 million potential borrowers.

This is where we take a moment and take a look at the News of the Week and pull together some of the interesting and sometimes transformational things that are happening among lenders, government-lender relationships, lender-borrower relationships. We’ve got a doozy. I’m going to go back a few episodes of this and do a little review. We discovered there was the big brouhaha about Biden and the administration’s attempt to create a new credit registry that would serve the underserved potential borrowers in this country. They call them the credit invisibles. These are the folks who do not have access to traditional credit because they don’t have a credit profile kept by the three big bureaus, Experian, TransUnion, and Equifax, nor are they scored by FICO’s software now lenders can plug them into an underwriting model. They’re called credit invisibles.

There are over 50 million people in this country who do not have access to these capital markets to borrow money from these lenders. Biden’s proposal was to create a separate registry. We’re debunking a myth. We’re just reminding everybody. The media made it sound like they were going to replace the credit bureaus or they were going to nationalize the credit bureaus. It’s a complete BS 100%. It’s a separate credit registry that would have separate underwriting criteria and would measures different trade accounts like paying rent, cell phone bills, or utilities.

They would use those types of trade accounts in order to establish the borrower behaviors and then this credit registry would facilitate lenders being able to look at these 50 million potential borrowers that aren’t even in our system and give them a chance at accessing good rated auto loans and traditional financing at low-cost, rather than being stuck with the rent-to-own, the loan sharks of the finance companies and the high-interest rate predatory lenders that these 50 million folks are left to battle on their own. 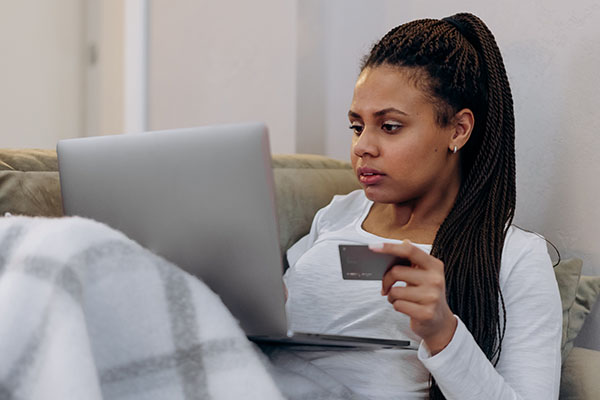 Fundability Principles: Credit invisibles are the people who do not have access to traditional credit because they don’t have a credit profile kept by the three big bureaus.

What was released is that part of this expansion into addressing these underserved potential borrowers, these credit invisibles, is that bank regulators are now looking at the Community Reinvestment Act and rewriting. They want to rewrite some of the rules of what it means for commercial banks, tier one, tier two, even credit unions are getting involved, and what it means to invest in a community and persons who live in these underserved communities.

It’s like the alley-oop. One is to plus one of Biden’s attempts to give and provide access to these underserved potential borrowers and capital markets. They want to inspire the banks to be prepared to lend in these markets. It’s called the Community Reinvestment Act. It was signed in the ’70s and it was designed to help build affordable housing and low and moderate-income individuals to provide community services, target these low and moderate-income and fund any activity that promoted economic development by financing small businesses or small farms, depending on where you are in the country. The revisions that are being reported by The Wall Street Journal, they’re changing the definition of what qualifies as an investment in these communities.

They’re expanding that definition because it’s an investment in persons or businesses deposits into the communities and membership shares or grants that they’re providing. All of these provide tax credits to large banking institutions and they have other benefits for investing in these communities. Now we’ve got two sides of the same equation. We’ve got this proposal from the administration to give access to borrowers to borrow money, and now with the revisit of the Community Reinvestment Act, they want to inspire the large banks to invest in these communities. There’s a big focus in getting these credit invisibles into the game.

Let’s take a beat here. What does this all mean? I am apolitical. There’s fundability no matter who’s in the White House and who runs the Congress. Fundability principles still apply. What does the low-income lending rules? What are these modifications mean to the economy to borrowers? What do this credit registry and the inclusion of 50 million borrowers into the funding game? What does this mean?

Lenders only make money when they lend, but lenders do not have dreams and aspirations. And that is what drives the economy. Click To Tweet

In my world, it is all good news because lenders only make money when they lend, but lenders do not have dreams and aspirations. Generally speaking, those boardrooms are not fueled by dreams, aspirations and ambitions. They’re driven by quarterly profits to the shareholders, but the dreams, ambitions and goals of the borrowers are what drive this entire economy. What happens if we have 300-plus million people in this country and we provide 250 million plus-ish adults borrower age and we add another 50 million potential borrowers to this game.

It’s not going to happen overnight. It’s going to take years for it all to unfold. It’s not going to overheat the economy or inflation concerns. Imagine the 20% more movement of capital through our economy, and yet the low-income borrowers and these credit invisibles are now not spending the lion’s share of their money on interest. Do you know what interest is for one of these payday loans? It’s a minimum of 60% and upwards of 250% or higher, and these are cash advance loans against a person’s next check. It’s robbery.

Imagine a borrower who has been faithfully paying back those huge credit extensions and having access to 7% or 10% money instead of 60% to 200%. How much is left over to improve their lives? You know my end-game, quality of life and standard of living. We want both of those to go up. The easiest and fastest way for that to do that is to leverage other people’s money. The administration wants to give access to 50 million borrowers to the credit markets, and now the regulators got cut from the Office of the Comptroller of the Currency who regulates the national banks, they’re rewriting the regulatory rules so that it can improve the capital investment into these disparaged communities.

These underserved, and frankly, the financial rape, pillage and plunder of these communities because these folks cannot access low-cost capital to improve their lives. The vast majority of their paychecks when they borrow go to interests of these financial organizations. From my years of experience working with folks who’ve worked with them, which are unscrupulous and deadly to the economy because it’s either paying interest rather than growing the economy, the quality of life, and the standard of living of the borrower. 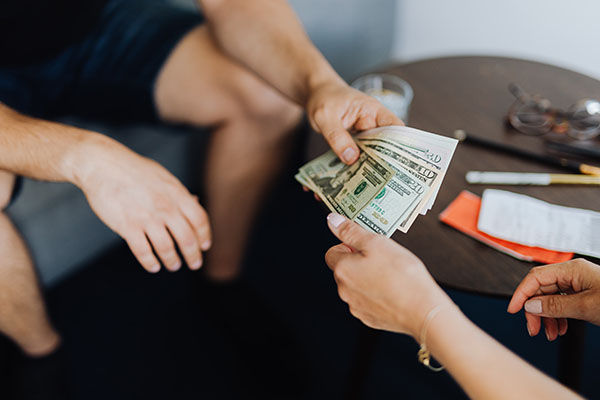 Fundability Principles: Quality of life and standard of living needs to go up. The easiest and fastest way to do that is to leverage other people’s money.

The rules of fundability perfectly fit in the framework of the low-income borrowers. It doesn’t matter if you’re borrowing $1,000 or you’re buying $100,000. The principles of borrowing for the lowest possible cost and leveraging that money to improve your life, quality of life and standard of living. In my world, nothing else needs to be said, guys. Everybody might try. You know my passion for this. I’m ready to inspire, motivate and educate these 50 million potential borrowers so that they’re ready to operate on a framework of fundability rather than, “Let me get my credit score,” because even the credit score that’s going to be developed for these low-income borrowers that are using rent, utilities, cell phone, and payments. That is not the same credit score that we all know.

Even if it’s developed by the same organization, FICO, it’s not going to be the same as when these borrowers ended up in the traditional credit marketplace. We don’t want to start getting people focused on that score. We want them focused on fundability. What borrower behaviors do I need to do in order to be able to attract lenders to lending me inexpensive money so that I can improve my life? That turned out to be a little bit of a soapbox, but that’s what’s going on in the world. The marrying of inspiring and reregulating the lenders and providing more of a broader definition of what it means to invest in a low-income or a disparaged community, making sure that these folks get counted, and their credit behaviors are measured so that they can access low-cost interest.

If both of those things coming together, hallelujah. It only puts more people at access to inexpensive money, and every one of us win when there is more competition among banks for the money that is charged. The value and the employment go up because 50 million, 20% of the borrowers out there aren’t borrowing, meaning they’re not buying goods and services. They’re not getting a car. They’re stuck at a low-income job because they can’t travel, they don’t have a vehicle, and nobody will lend to them except for the seagull and the rat lenders who focus all of their insane levels of interest, which then guts these low-income individuals and takes a higher percentage of their monthly income.

You guys know where I stand. This is Merrill Chandler, your host of the Get Fundable Universe. Thank you for joining us in this update. It’s all good. I’m loving this and let’s educate them and ourselves. Let’s all get on the path to fundability, and regardless of where you’re borrowing, it will all lead to a higher quality of life and an intentional development of a better standard of living for all of us, and that is my goal. Thank you for joining me. Have a great day. 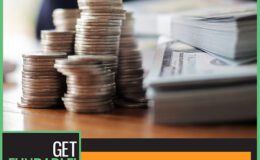 OPM: Leveraging Other People’s Money To Reach Your Goals 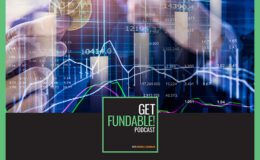 Cryptocurrency and Fundability: Friends or Foes? 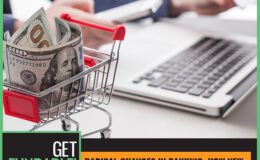 Radical Changes In Banking: How New “Banks” Are Creating New Landmines That Can Destroy Your Fundability 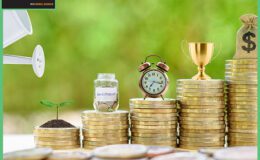 Wells Fargo Is Abandoning Borrowers: A Foreshadow Of Big Banking Shifts To Come? 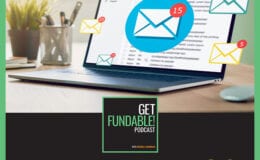 When Junk Mail Impacts Your Fundability