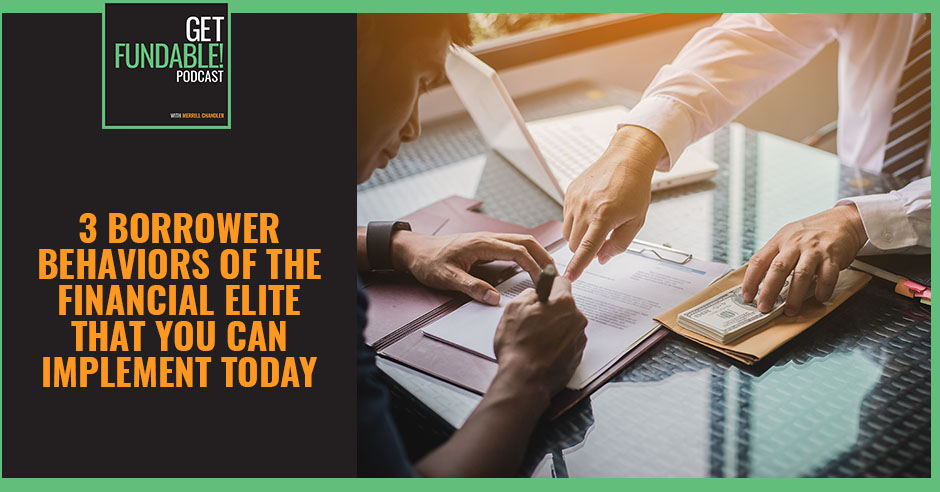 You need to get the mindset that being part of the 1% is unachievable, out of your head. That 1% is not people; it’s strategies and borrowing behaviors. How can you increase that 1% to 2% or even 10%? It’s possible with the right behaviors. Money is unlimited, anyone can become a millionaire and be a part of that 1%. All you need to understand are the behaviors and strategies. Join in today’s episode with your host Merrill Chandler on three Borrower Behaviors that you can use today.

In this episode, we are going to blow up one of the biggest myths of all time, the whole idea of the 1% versus the 99%. We’re going to be talking about how we are going to expand the 1% into 2%, 3%, 4% or more percent. It’s not about the people. We’ll do a deep dive into what the 1% means.

This is a high-level mindset, mind mess that has gotten a lot of us in trouble. It’s this whole bruhaha that’s been over for decades almost. Over the decades, we always hear about the 1% or the most wealthy. The 1% have 72% of all the assets in the country. The 1% makes all the money and we all work for the 1%. First of all, statistics can be spun to create an impression and the impression that we’ve bought into, many of us. Depending on our disadvantaged heritages, the disadvantaged family situations that we grew up in or our current disadvantage mindsets is that we are not part of the 1%.

The conversation I had with a young woman talking about her fundability says, “I may not be part of the 1% of the United States but I’m definitely feeling grateful that I’m part of the 1% of the world.” The idea is that the 1% has always been framed. That 1% has always been used to imply stuff, wealth, money, asset. I’m not saying that’s wrong but there’s more to it. The 1%, every one of them, if you had the Fortune 1% where Fortune Magazine literally listed out every single person who was part of the 1%, the common denominator with every single one of those people is that they have a mindset to leverage other people’s money.

The common denominator with people who are part of the 1% is that they have a mindset to leverage other people's money. Click To Tweet

They have a relationship with money that the 99%, either don’t have it all or have far less of. That’s what I wanted to discuss. How do we turn the 1% into 2%, 3%, even 4% or more percent? This is my mission is to educate us so that we can become part of the 1% but if enough of us do so that 1% is going to expand and it’s going to expand big.

There is no limit to money if you know how the Federal Reserve system works and the inter-banking systems work. When you borrow money for a car loan, you’re creating more money into the system. No time to go into all that now but fractional reserve lending means we create more money. If you borrow money to buy a car, that is a debt instrument that gives you access to a tool, a vehicle.

Nowadays, it’s like Airbnb. You can use Touro to even rent cars. There are processes out there to leverage cars and make money off of what have normally been depreciating assets. All we’re doing with those loans are creating more money and giving individuals who use that wealth strategy, more wealth as a result of implementing those strategies. 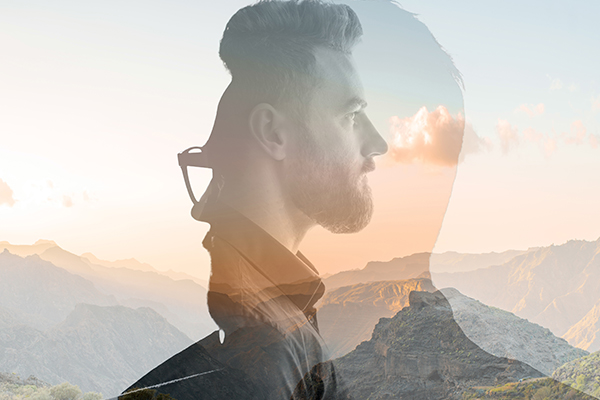 The 1% is not fiction but we’ve put it into a corner. We have not let it live and breathe in our own hearts, souls and perspectives. I’m not satisfied with the 1%. I want it to be 2%, 3% and more percent. It’s based on how many people are using 1% strategies. The take-home message I want for us to get out of the episode is that the 1% aren’t a group of people that we can deride or dislike because they own everything or have all this wealth and income.

The 1% is a set of strategies. Those set of strategies happened to align, weirdly enough, with our borrower behavior training that I’m trying to promulgate, cast into the world and affect as many thousands and tens of thousands of people. If you are fundable, that means lenders look at you and want to lend to you. They want to fund your projects, your deal, your Z and life.

If they’re willing to fund your wealth strategies, all of a sudden, we got more people who have more income properties, automobiles, investment cashflow, passive income from notes, franchises and real estate investments. What we have called the 1% are strategies, behaviors where wealth automatically comes as a result of the implementation of these behaviors. I want to move away. There is no 1% of human beings. There are 1% of human beings who use the 1% strategies. Do you understand the words that are coming out of my mouth?

Let’s not hate on the people who have implemented the strategies. Let’s adopt the strategies in our own lives and expand the 1%. The way our system works there is enough for every single human being in this country to become millionaires multiple times over. There doesn’t have to be poverty and ignorance but there is poverty and ignorance because we have not learned ourselves or trained our children so that we can break the chain of money and borrower ignorance. That’s what keeps us from being at the top of this funding game.

Let’s stop hating and envying. Let’s start implementing because, for everybody who’s in my tribe, every one of you has the power. You’ve either been to my Bootcamp or have access to my Bootcamp to learn the fundamentals. If you did nothing but that, you would already know how to stop blowing up all of your opportunities to be a 1%-er or 1%-er’s behavior, not the identity of the 1%.

For my audience, like or love this. If you guys get what the devil I am saying because this is crazy talk to hate on people who have adopted behaviors and perspectives that are available to us. That’s insanity. That’s like sitting outside of a room. There’s no wall or no door. You’re literally in the doorway looking into a banquet where there is a massive banquet sitting before you. You’re hating on the people who are eating the banquet when all you have to do is walk in, pick up a plate and start eating yourself.

That’s it, just participate in the banquet of life. There are a lot of us who have beliefs about this stuff. I’m not here to discount our heritage, where we have generations of poverty mindset, no harm, no foul. Some of us are breaking the chains. Some of our parents broke the chains and now we get to stand on their shoulders and look further and see more possibilities for our lives.

I’m telling you now, the banquet is there. The way our system is designed, there will always be waiters bringing in more to refresh the shrimp, the sizzling steaks and anything you want to put on your banquet. It’s already there. It’s a renewable resource. We’re never going to run out ever. The question is are you going to pick up your plate and join this party? 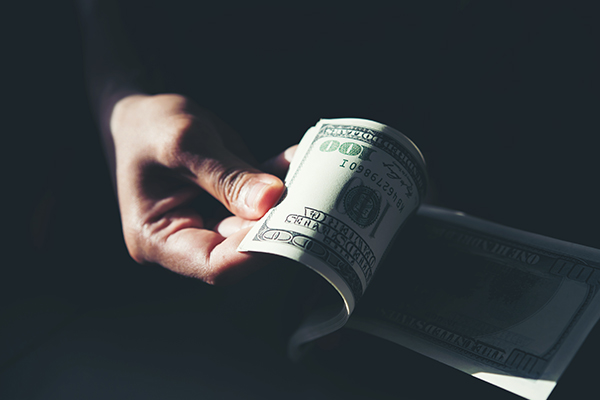 Borrower Behaviors: There is enough for every single human being in this country to become a millionaire. There doesn’t have to be poverty.

The way we joined the party is simply by learning, adapting and implementing these borrower behaviors that allow lenders to give you money. They make money. They will keep lending to you because you are their perfect customer. How are they not going to lend to you? It’s insanity to me that lenders make money when they lend. They want to give you as much money as you can possibly handle.

Let me ask you this. This is a hard question. Love me, hate me but I’m willing to ask you the question. What payoffs might we get for embracing our smallest? What kind of charge, juice do we get for casting blame on the system, other people or otherwise, instead of picking up our plate and our fork and joining the banquet? What payoffs do we get for playing small? That’s the only other thing. You either learn and implement the rules of prosperity and abundance, which always includes other people’s money.

If you were born a billionaire, the first lesson that your mom and dad are going to teach you like a billionaire’s child is how to have some skin in the game but go get other people’s money to do your deals. Elon Musk was a billionaire before he started SpaceX and/or Tesla. He didn’t use his own money. He went and leveraged other people’s money. He used his vision and showed all the other people, “I’m all in, 100% in,” and then through thick and thin, he continued to invest in himself, his own enterprises and invited others to join him.

Most of those others are all using the principles of the 1% to now Tesla’s off the charts, SpaceX off the chart, etc. Think about it. If you’re fighting for your limitations, ignoring the rules of the funding game and not prospering through the process, what’s in it for you to do it that way? We always have a payoff, no matter what we do. Even if we’re doing something “selfless” there’s always a payoff. The question is, “Is that payoff worth not be expanding the 1% into 2%, 3%?”

I’d love nothing more than in my lifetime to have it be, “You’re part of the 20%.” That would be amazing for me. It grows beyond my lifetime and beyond. Let’s do it. Let’s stop sabotaging ourselves. Let’s learn the rules of fundability, how to leverage other people’s money, learn the rules of this game and play it as well as the people who were already professionals. Let’s learn from them. By adopting those rules and implementing those strategies, we’ve expanded the vast amount of wealth that’s available in this country and in the world.

For the readers, if you haven’t already subscribed, subscribe, rate review, tell us what you’re thinking, share this. Follow us on Facebook, comment, share and spread the love. The first way is to get the word out that there’s not just 1%. This can be unlimited and you and your loved ones can join that massive banquet in this life. We’ll see you in the next episode. 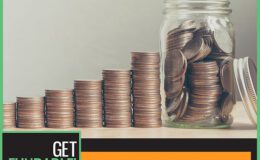 The Value Of Fundability When Inflation Hits 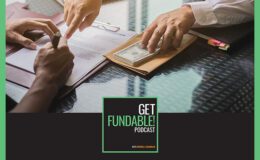 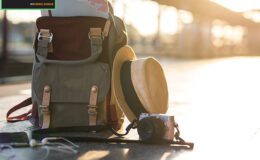 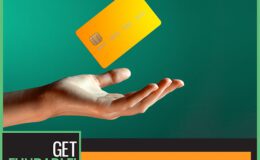 The Hidden Cost Of Doing Business 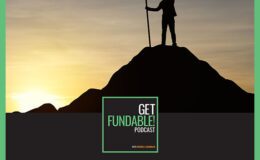 The Success Of Self-Sabotage